Brussels North (Brux Nord) is just far enough away from the city centre to escape the touristy trap, and business bustle. You can get a sense of life’s grittier side. The reality of poverty – just as anywhere else on its outskirts – is never far from sight. What you do have to watch out for is traffic, not always easy to negotiate through, and stopping at a green crossing is for them discretionary.

Generally the hotels are cheaper. Mine was part of a bar-restaurant. It felt strange having to walk through it to get to my room. There was no side door, so every time I went out I felt the need to say hello – or at least some kind of friendly acknowledgement – to the staff. Typically, as a Brit, I never bothered to mention the problems, such as the mismatched TV remote (no English speaking stations anyway so I wasn’t too bothered) or the likewise mismatched (reverse indicated) hot and cold shower taps. Surely someone else either had or would. At least I had free wifi, which meant UK radio – essential company when you’re on your own.

Next morning brought with it leaden skies that promised to last all day. Still, I had a plan for the day. Firstly, I just needed a drink to go with my lunch: bread, cheese and cereal bars – since I always take lots of those. And rarely eat out, not just because on my own it draws attention but i’m vegetarian and on a tight budget. Excuses, I know.

A vending machine at the station would suffice. The arrival day I had used the adjacent shop, staring at various types of cheese, and even asked a woman what she thought would be vegetarian (since none are marked with a V). She didn’t know but seemed amenable to my asking. I wondered afterwards if it seemed like I was just trying make conversation. In British supermarkets I’d never speak to young women customers (or any customers). At the time I fell into the lazy assumption that because she wore a headscarf there was no question of her being available – and that it wouldn’t occur to her i’d make a play. It is said though that supermarkets are a good place to meet single people. But I digress.

I get so dependent on my GPS map that I wonder if i’ve lost what little ability I had at navigation. But approaching the station I was sure I had to turn right, and thought for once not to use my phone map. Mistake: there was no way of walking round to the other side, so had to turn back. The south entrance has a rolling LED display. Odd – and that I missed it. Don’t know if my short-sightedness and typically male lack of peripheral vision accounted.

The first destination: the Atomium, was map-saved. Just needed to follow the least congested route, which involved getting as near to the park as possible. I have to admit to not feeling confident crossing many of the roads in Brux north. They seem less ordered than in the UK.

The Atomium in a central tourist hub, has a tempting set of stairwells to reach the lower atom. But I had to save my legs. 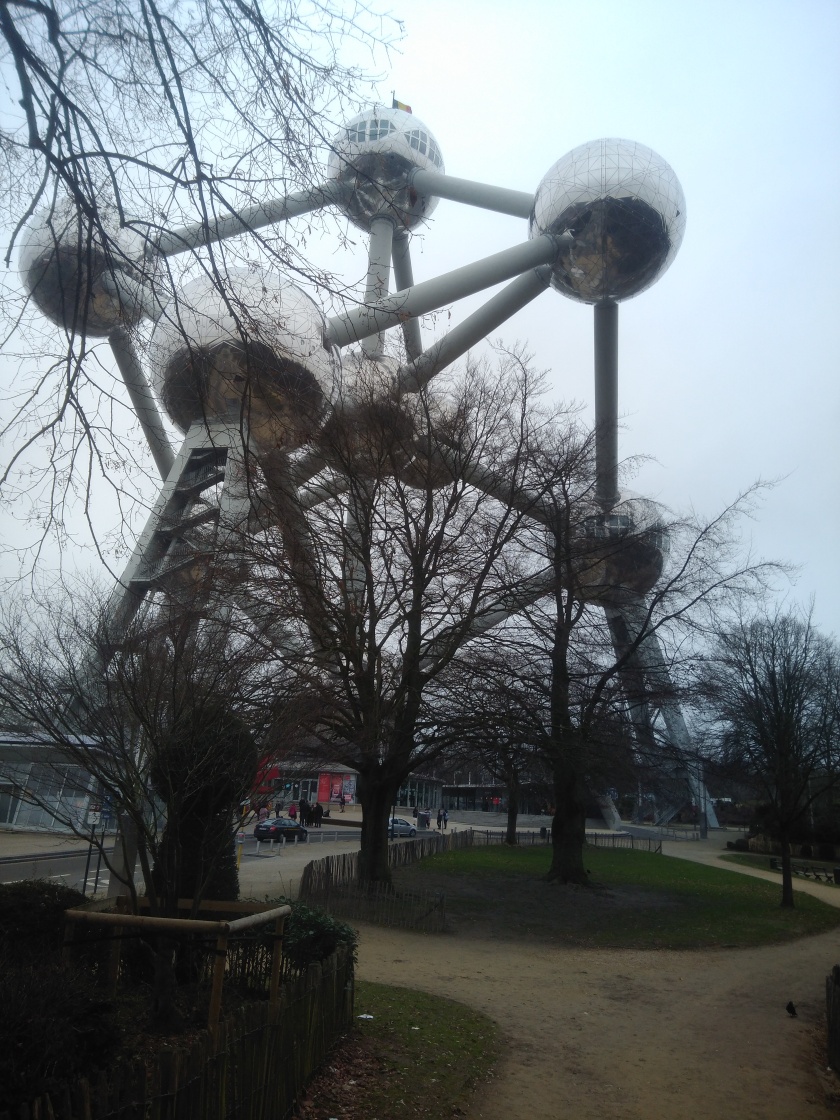 The next destination was the Museum of the Far East (or: Musées d’Extrême-Orient). I wanted to get there via the park. But again, not checking my phone every minute I strayed down the wrong path. Turned back by still failed to take the correct route. I had realised the right path as soon as i’d got onto the wrong path, but stupidly was too embarrassed to make another about turn. Most likely no one cared but anyway there was no hurry to get there. Nevertheless, I had this notion of another me who made the better choices and was reaching the destination – with a spring in his/my step and a sense of accomplishment. As it turned out I reached the museum and was fortunate to happen to be crossing the roads towards it at the same time as a couple, whilst simultaneously they were in some discussion with a beggar woman, who probably seeks out tourists. Well, good luck to her, I thought. Begging is no worse there than in many parts of the UK.

The actual museum was closed for restoration but I could still explore the encompassing grounds. No formal entrance, or guard – or anyone collecting donations. Maybe the beggar woman had taken that role, unofficially. The Japanese Pavilion and Chinese architecture looked magnificent, even in the grey daylight! 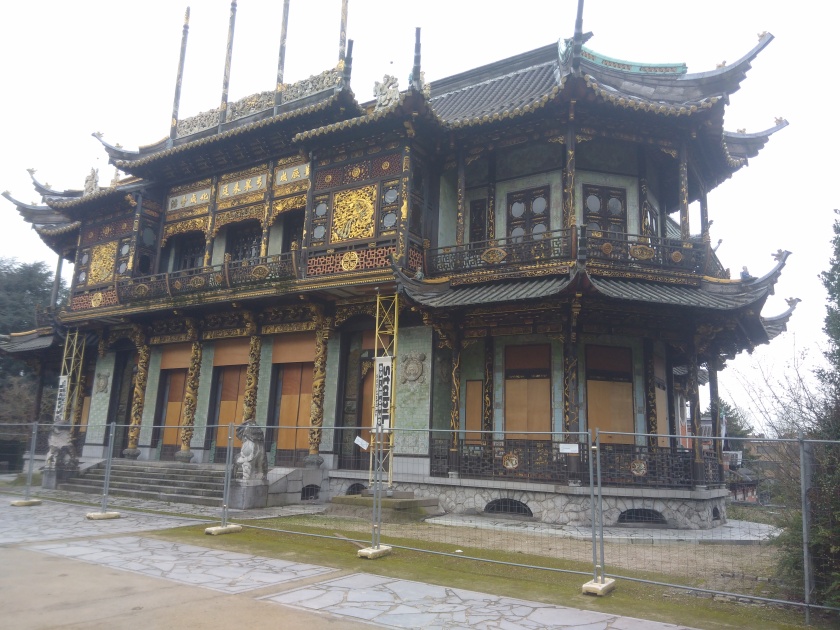 I got back to the hotel inappropriately early – about 15:45 local. A maid/cleaner called about half hour later. Could there have been any possibility of her cleaning while I was there? Does that ever happen? She was a good ten years my senior so unlikely to be worried about anything I might try with her. Anyway, I told her it didn’t need doing.

I needed to restore my energy and be well-prepared for the night ahead.

I am currently working on my fifth novel, and have published one non-fiction book under a different name. My last book Sin Cities is not one I can discuss here. View all posts by Aiden Rykat